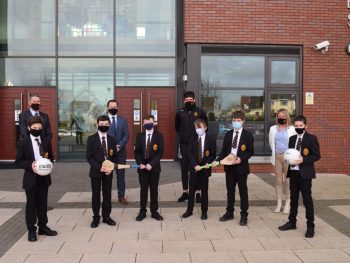 During Lockdown Ulster Schools GAA and Danske Bank ran a series of skills challenges for pupils to attempt.

The Abbey CBS Year 8 & 9 pupils rose to the challenges with several pupils posting videos online in both hurling and football.

Each week the participants were placed in draw for a prize provided by Ulster Schools sponsors, Danske Bank.

The second of our #dualstars from the u13 panel to submit his forth consecutive #schoolskills challenge for the @ulsterschools is @Abbey_CBS Year 8, Conor Treanor. ☘️ pic.twitter.com/rn16mSCMer 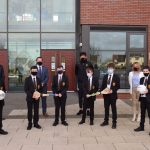