You are here: Home » News » Two In A Row for Ben Dearg

Two In A Row for Ben Dearg 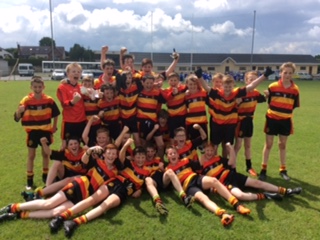 For the second year in a row, the Abbey CBS first year squad have won the Ben Dearg competition.

In a pulsating final against nearby rivals St Colman’s the Abbey came out victorious 3:18 – 3:04.

After a bright start from St Colman’s the Abbey settled themselves and play some lovely football. The Abbey kept the ball in the attacking half for long periods of time and this was the platform for a halftime scoreline of 2:14 – 1:02.

In the second half the Abbey stepped up a gear and took some crucial scores which gave them the cushion they needed to defend the lead.

As the game approach the last ten minutes St Colman’s hit back with some well taken goals and a comeback could have been on the cards but the Abbey where strong and resolute in defence and stood firm to take the trophy back to Ashgrove for a second year in a row. 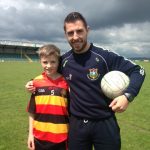 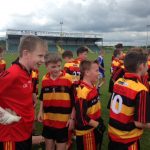 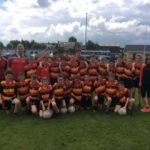 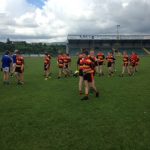 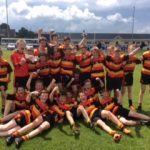