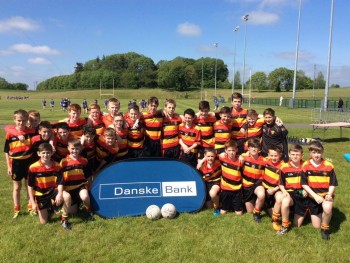 The 1st year football team took part in the Martin O’ Farrell Blitz on Friday past at the Mid Ulster Sports Arena. It was a really enjoyable day with good weather and good football on show.

The team played really well and after a very tight group made it through to the semis to play our neighbours St Colmans.