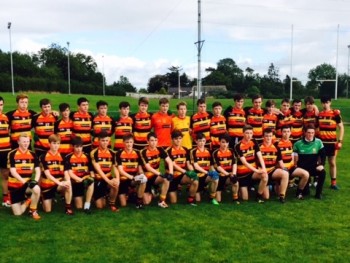 Abbey led 0-6 to 0-2. (Both frees) at half time. They dominated the first half and could have had 3 goals on the board. In the second half Abbey picked up where they left off and Cathal O Brien fired an Abbey goal with 15 to go.

Cavan rallied in the last 10mins and were awarded a penalty with 10 to go. James Price produced a superb save to keep the gap open. Cavan scored a consolation goal with 6 to go but captain, Liam Rafferty kicked the last score of the game to leave it 1-10 to 1-5 to the Abbey.