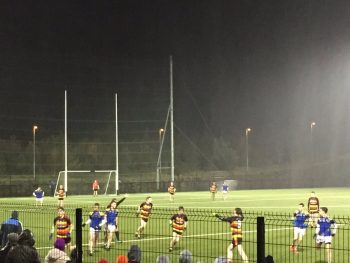 Conditions were horrendous at times during the course of this tie, but Abbey looked to be in control when they led by 0-6 to 0-3 at the break, three of those points coming from Dylan O’Hare.

Although Jack Treanor closed the gap to 0-7 to 0-6 after 40 minutes, points from Dara Gough and Eoin Carr looked to have done enough for the Newry side.

However Cavan came strong with a late rally to secure extra time at 0-8 each, the equaliser scored by Eoghan Clarke in the third minute of added time.

Dara O’Callaghan gave Abbey a great boost in the first half of extra-time with two goals, making it 2-9 to 0-9 at the turnover, and when Jamie Martin stroked home a penalty on the re-start, Cavan looked dead and buried.

Again however they bounced back with a goal from Paddy McPhillips and then points from Gavin Brady and McPhillips, but they ran out of time and Abbey go through to the semis at the end of this week. 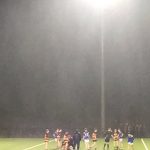 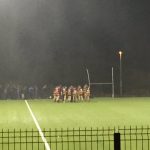