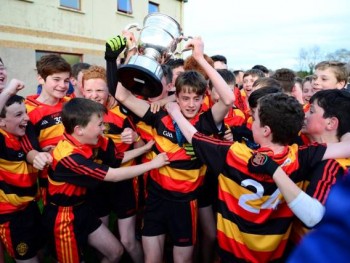 From Michael McMullan in Eglish

The star of the show for the winning team was Ballyholland’s John McGovern, who finished with a personal tally of 3-3, with all but a point of that haul coming from play.

The Newry side started brightly and within a minute a Joe McAloon shot whizzed across the line and away to safety.

The action ebbed and flowed without much scoring being done for the majority of the first period before, with the last attack of the half, Matthew Downey latched onto a Jamie Duggan pass and sidestepped goalkeeper Eoin Hughes to fire Maghera into a 1-2 to 0-1 lead.

Maghera were mainly in control before the break but were guilty of eight wides. At the other end, the Derry school’s defence was resolute, with Shea Cassidy and Ronan McFaul standing out in their central roles.

On the one occasion McGovern got though on goal before half-time, goalkeeper Conor McMullan made a brilliant save.

If the first half was a defensive show, the second half sparked into life early, with a Downey point putting Maghera further ahead.

Abbey replied with a Niall Toner point after a neat dummy before a Ryan Magill free cut the gap to three points.

Shortly after Jody McDermott’s shot came back off the post and Shea Cassidy made no mistake with a close-range finish to the net and when Michael Mulholland tagged on another point, the cup looked like it was heading back to Maghera.

If that wasn’t enough action, Ryan Magill hit the bar with a rasping shot before Abbey keeper Eoin Hughes made a brilliant save from Jamie Duggan’s penalty.

With three minutes of normal-time remaining and with his side trailing by eight points, Abbey captain McGovern cut along the endline and blasted to the net. Ryan MaGill quickly added a second goal as Abbey slashed Maghera’s lead to two points, 2-5 to 2-3.

The drama didn’t end there as Abbey were awarded a stoppage-time penalty. McGovern stepped up but his kick was acrobatically tipped over for a point by McMullan.

Magill then stepped up to the plate by firing over a point that forced extra-time.

Jody McDermott got Maghera off the mark in extra-time but Eoin Reel levelled before McGovern put Abbey 2-7 to 2-6 ahead, the first time they had led in the entire game.

McGovern grabbed his second goal before Charlie Diamond replied to get Maghera back within a point.

Yet it was fitting that McGovern had the last say in the game when he palmed home his third goal to kill Maghera’s comeback hopes and end Abbey’s D’Alton drought. 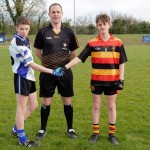 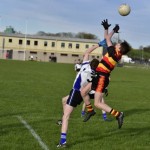 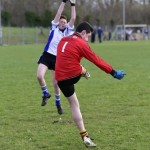 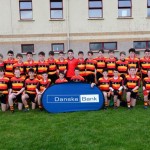 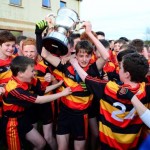 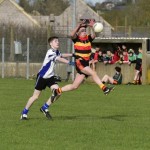 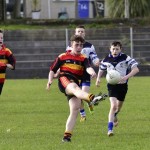 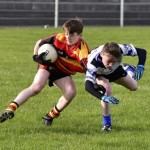 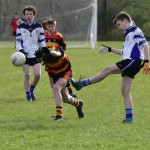 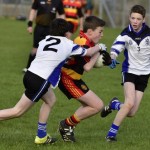 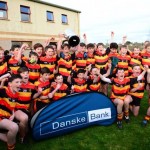 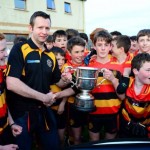 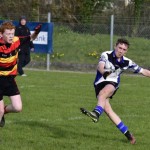 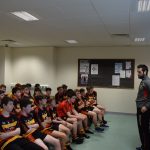 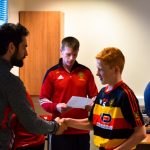